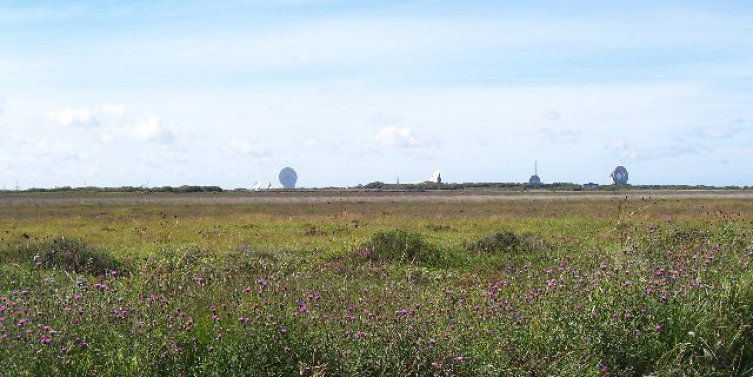 Goonhilly Downs is located on the Lizard Peninsula just south of Helston.  It is a site of Special Scientific Interest.  The downs are composed of sparse heathland where many rare plants are found including Cornish Heath, a type of heather, as well as wild orchids including the fragrant orchid.  Footpaths crisscross the downs.  Here also are the remains of a secret World War 2 radar station RAF Dry Tree.  On the roof of the former receiver block is an interpretive board and good views of the area.

Until 2008, Goonhilly Downs was the home of the Goonhilly Satellite Earth Station, then the largest one of its kind in the world.  The first satellite dish, named Arthur, built in 1962 to link with Telstar can still be seen.