Set on the edge of the Lizard Peninsula, amongst the dramatic sweep of Mount’s Bay is Porthleven, the most southerly port in Britain. It has a long history of fishing, with mackerel and pilchards being a common catch and a few boats still land their daily haul straight onto the harbour-side.

Porthleven may not be as well-known as Padstow or St Ives but the harbour town is certainly a hotspot for Cornish food & fayre, which we’ll explore a little further on. Its picture book location and the stunning surroundings make an ideal destination for family holidays to South West Cornwall. The fishermen’s cottages, net lofts and white painted houses with their Cornish palm trees all add to the relaxing ambience of a life by the sea. 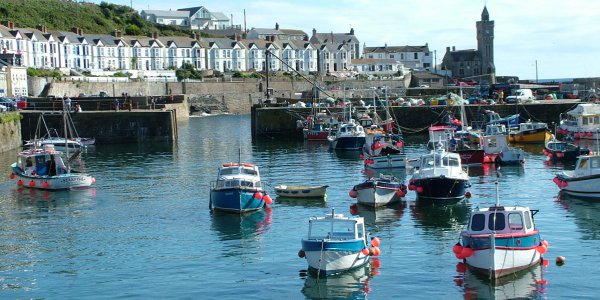 The harbour itself was completed in 1825, after 14 years in the making. Its sea walls are enormous and because the harbour faces South West, it really bears the brunt of the storms that hit with full force, creating spectacular waves that break right against the seafront. Some have even measured 40ft high, crashing over the top of the iconic clock tower that stands at the harbour’s edge and above the beach. Porthleven's Beach is revealed as the tide goes out, a large 3 mile long shingle and sand beach running along the coast towards Loe Bar and the Penrose Estate. 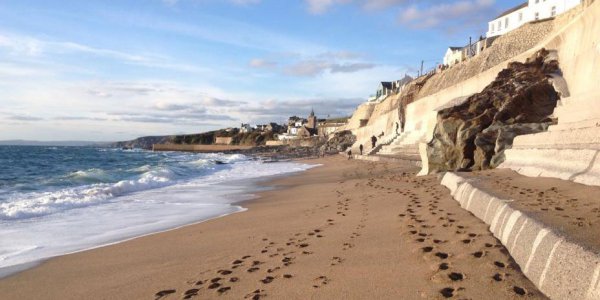 Being right on the coast also allows for easy access to the South West Coast Path, running through the village and whilst some parts are a challenging walk, you do get stunning sea views for company. Along the way there are beaches, coves, fishing villages, engine houses from the old mines, quarries and more!

An Inn for Smugglers

Overlooking the harbour is a popular pub that has survived countless storms, The Ship Inn is said to be a 17th century smugglers’ haunt and to this day seems to capture the heart of those that visit the town. From the outside it appears to have a higgledy-piggledy layout but inside you’ll find that old world charm with a few oddities, like the ceiling covered in beermats of yesteryear. Food and drink here is simple but excellent so grab a table in the terraced garden, or in the winter head inside to the log fire. 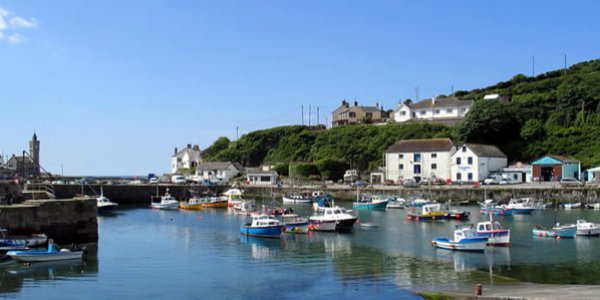 As for restaurants, there’s a choice of top spots to enjoy. Amelies is right on the quayside and is housed in an old fish smokehouse. Their menu is “Inspired by the sunshine of the Mediterranean, mixed with the beauty of the Cornish coast.”

In 2014 Rick Stein opened his Porthleven restaurant in the Grade II-listed former china clay store next door to Amelies. His menu brings a global twist to Cornish seafood in a fine but relaxed setting.

Another gourmet eatery is Kota, the kitchen here serves dishes prepared with local ingredients which are given an Asian twist and the owner has featured on the BBC’s Great British Menu twice now. Their sister establishment, Kota Kai, at the head of the harbour offers Thai inspired food in a casual setting and even has a family room filled with toys, games and books.

An admirable mention also goes to The Square, a long standing and firm favourite of many living in the area. Their ethos is “local is best” and the menu changes daily, so stop by and see what tasty treats are being served.

When staying in Portheven you have a great opportunity to cook your own fish too. The fishmongers on Fore Street, Quayside Fish, offer an eye-popping display of local crab and fish, the shop also sells a range of local products such as Cornish wines, ciders and condiments.

If cooking isn’t for you and you want to experience that real taste of Cornwall then it simply has to be a true Cornish Pasty. You’ll find a few outlets offering freshly baked pasties but you should go for the ones held in high regard by the locals – Ann’s Pasties. Find their bakery just off the slipway and up the street, or follow your nose!

A holiday here can be spent eating your way around the harbour and we hope you’ll consider getting to know this treasured town and its culinary gems a little better. 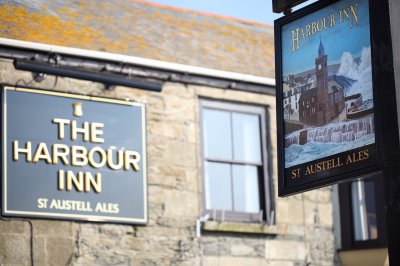